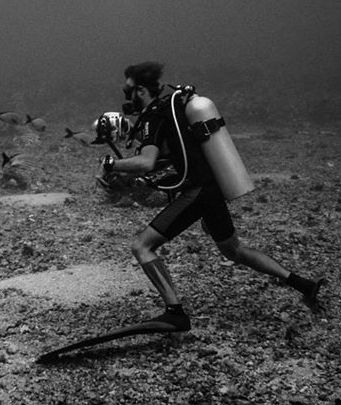 Juvenile Pacific oysters (Crassostrea gigas) are subjected to recurrent episodes of mass mortalities that constitute a threat for the oyster industry. This mortality syndrome named “Pacific Oyster Mortality Syndrome” (POMS) is a polymicrobial disease whose pathogenesis is initiated by a primary infection by a variant of an Ostreid herpes virus named OsHV-1 μVar. The characterization of the OsHV-1 genome during different disease outbreaks occurring in different geographic areas has revealed the existence of a genomic diversity for OsHV-1 μVar. However, the biological significance of this diversity is still poorly understood. To go further in understanding the consequences of OsHV-1 diversity on POMS, we challenged five biparental families of oysters to two different infectious environments on the French coasts (Atlantic and Mediterranean). We observed that the susceptibility to POMS can be different among families within the same environment but also for the same family between the two environments. Viral diversity analysis revealed that Atlantic and Mediterranean POMS are caused by two distinct viral populations. Moreover, we observed that different oyster families are infected by distinct viral populations within a same infectious environment. Altogether these results suggest that the co-evolutionary processes at play between OsHV-1 μVar and oyster populations have selected a viral diversity that could facilitate the infection process and the transmission in oyster populations. These new data must be taken into account in the development of novel selective breeding programs better adapted to the oyster culture environment. Download paper here